How to get on Shark Tank, win an investment and exit for millions. 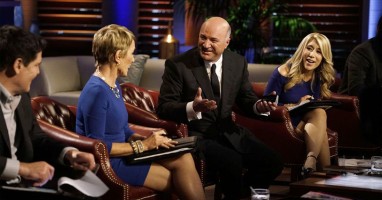 Shows like Shark Tank and Dragons Den have brought business ownership to the forefront of popular culture.

Entrepreneurs are the new Rockstars, and even more appealing, is the idea of one day sitting on the other side of the table analysing businesses with the intention of investing your own money into the next big startup.

There are more entrepreneurs and startups today than ever before. We are living in the golden age of innovation, ingenuity and creativity. The internet has made it easier for anyone to bring their ideas to life and create an enterprise in the pursuit of financial freedom.

Shark Tank provides an amazing platform for startups, and we’re going to explain everything there is to know about getting on the show and being hugely successful.

The first step for any entrepreneur wanting to face the Sharks is completing an online application or attending a live casting call.

During this stage you are really just introducing yourself to the producers, so they know you exist and are interested in taking part in the show.

The idea at this stage is to be noticeable, have a personality and be entertaining. They are not interested in the business yet, at the end of the day, this is a TV show and it must be compelling for viewers to watch.

Always keep in mind the aim of Shark tank is to provide value to it’s audience whether it is through entertainment or education in business.

A good example of this is “Freaker” season 4 episode 6. 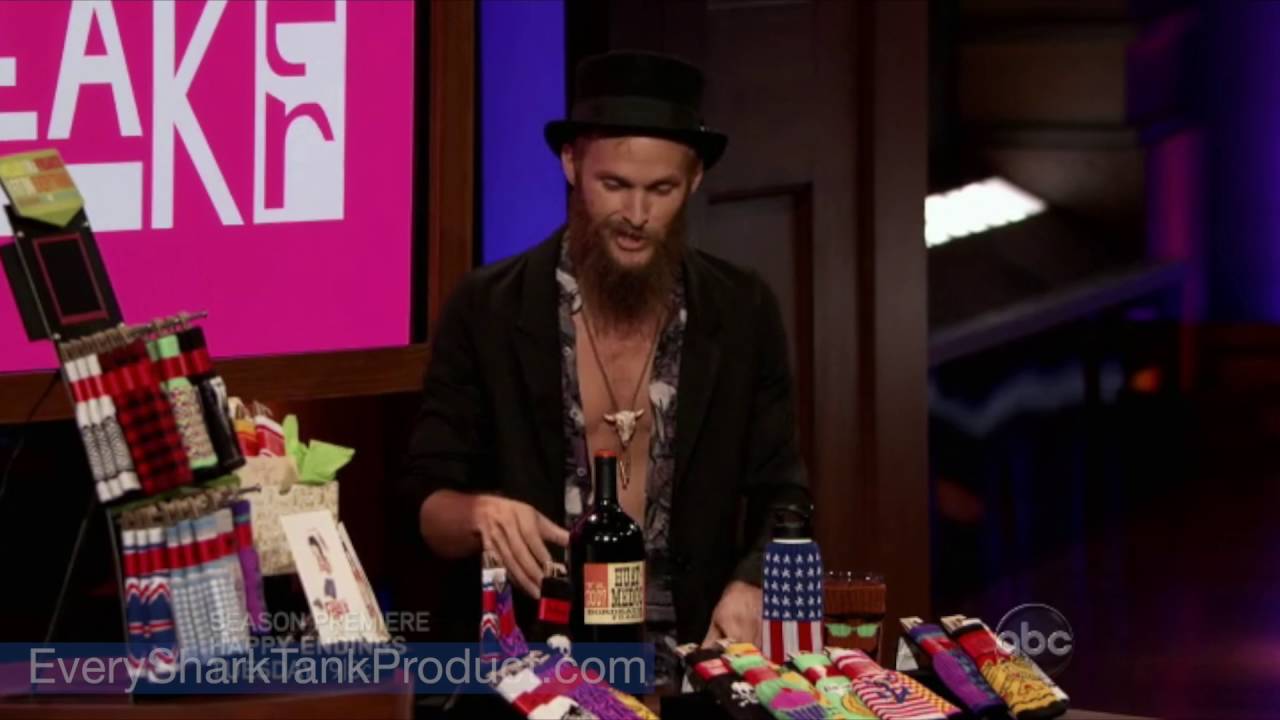 When an unusual hipster looking entrepreneur walked into the Tank pitching what looked like a sock for your beer bottle, one might think how this guy possibly got on the show over the thousands of businesses that didn’t.

There are many factors as to why producers want certain personalities on the show, and it’s not always about entertainment. It can come down to how they want to represent business and entrepreneurship in America and the diversity of entrepreneurs, the general vibe and trends in the country, and the cultures that are popular at the time, in this instance, the hipster culture.

If you are lucky enough to get past all the noise in the first stage, then you will be called in for an audition and pitch live to producers.

At this stage you should focus more on the actual business but also try to show as much of your personality as possible.

Again, there are many factors producers look at when deciding which businesses they want shown on Shark Tank, and it’s not always the best businesses.

If you notice, most Shark Tank episodes have a general theme.

They show 4 pitches, it starts off with a “good” pitch which gets offers or a deal.

Then two pitches which are “bad” don’t get offers or highly criticised.

Then finish with a “good” pitch to end the episode on a positive note.

Secondly, they want the businesses to be relatable to viewers. If they wanted, they could have multi-million-dollar tycoons on the show pitching big businesses as America is not short on them.

However, they choose to showcase businesses that represent a general vibe in the country and are created by humble struggling entrepreneurs. The general narrative of Shark Tank is the underdog pitching to millionaire investors and making it big, not big businesses getting bigger.

You will want your business to fit the mold. You don’t want to be overly successful and you don’t want to be a boring business. They prefer something innovative, creative and interesting so it shows the talent pool America has to offer.

Try to demonstrate why your business is integral to the general vibe in the country at the time. For example, what is America going through that your business can relate to. Is there any particular trend, a hot topic, an issue people are talking about? All these things play a part in the selection process.

Chances are you will have to go through many rounds of auditioning before you are selected to pitch to the Sharks. You will have to maintain your passion and enthusiasm throughout every round as someone else is fighting for that spot the same way you are.

Here are some statistics.

Pitching to the Sharks

If you make it to this point, congratulations, this is one of the biggest opportunities of your life.

This is your moment to shine, it’s taken you 18 months or so to get here and it could make or break your business.

Remember, you are creating a TV show, not just pitching your business.

Don’t be afraid to make some noise, stand your ground, disagree with the sharks, fight your corner, be entertaining, be funny, show emotion, be likable, be unlikable.

The more personality you show, the more you will connect with viewers, and that’s really what this is about.

The Sharks are independent to the show, they are not involved creatively or control the narrative. In essence, they are similar to the pitchers, characters on which the show is centred around.

The Sharks are aware they need to create entertainment, however they analyse each business on it’s own merit. A great deal of time and effort goes in to every business they invest in and so it has to be worth the time and effort for them.

Some key things sharks look for; 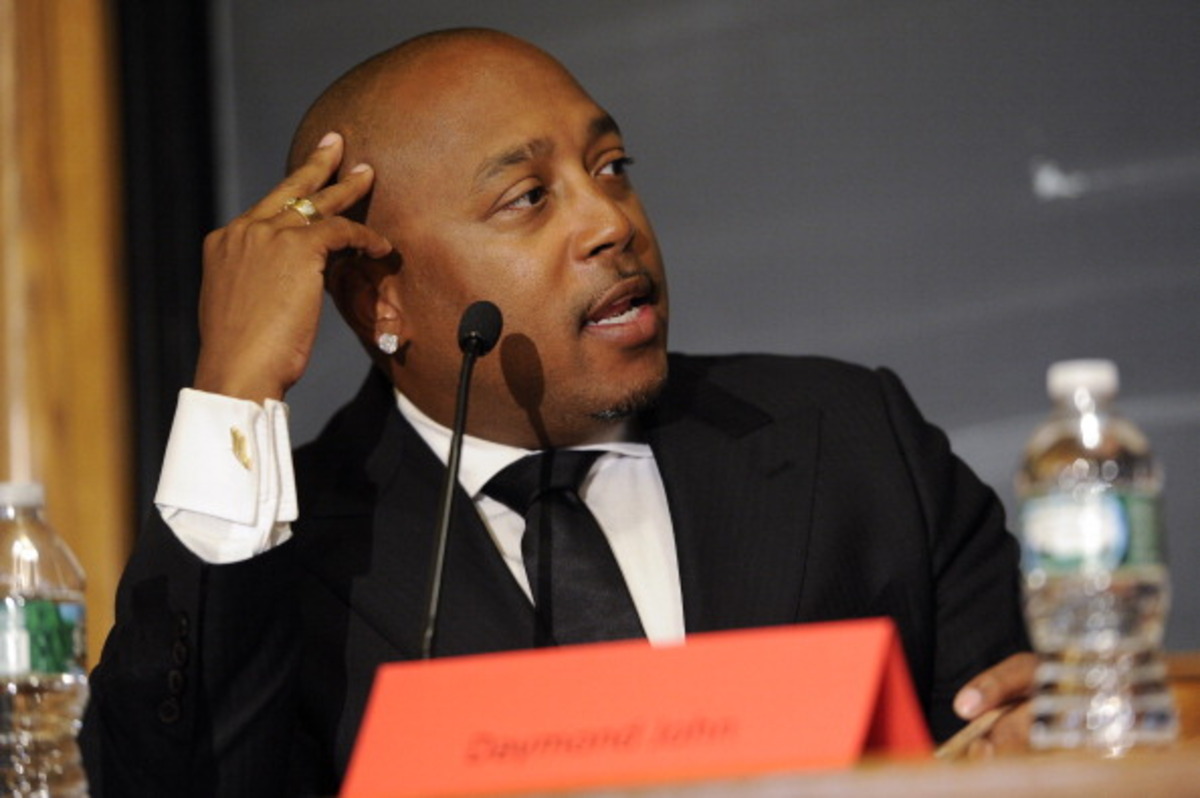 Once the cameras stop rolling it can take anywhere between 3-9 months to close the deal if it closes at all. There is intensive due diligence and background checks carried out before a contract is signed and money handed over. During this time either pitcher or shark can decide to walk away from it because things have changed at this point.

Airing of your pitch

You’ve gone through the motions, it’s been 2 years since you first applied to go on Shark Tank and your episode is about to air.

Whether you got a deal or didn’t get a deal, this is a big moment for you.

You’re about to be seen pitching your business by over 8 million people. You’ll probably want your family round so you can watch it together.

Your website will be blowing-up and you will get thousands of free visitors to your site and a huge opportunity to sell.

First things first. Make sure your server can handle the traffic. It’s common for websites to crash when the pitch airs, it happens all the time. The site is not robust enough, the server is not strong enough. Be sure to check these things before your pitch airs.

You will receive a lot of attention from a lot of people, some wanting to help you, some wanting something from you. There will be countless opportunities out there, people wanting to do a deal with you, franchise your business, or sell your product.

If you are in the consumer goods industry, your product will be attractive for retailers due to the high level of PR around it.

Remember, you can’t sustain a business on the back of Shark Tank alone. Your business needs to survive on it’s own merit. You might sell your product initially because of the publicity, but if the product is not good, or faulty or flawed, you will get as much negative publicity as you received good publicity.

You must continuously strive to be as good as you originally set out to be.

Since your pitch aired on Shark Tank, you (hopefully) would have taken advantage of all the special treatment coming your way.

This is the time to really ramp up your business and grow it to it’s fullest potential.

It’s not uncommon to get a guest appearance on Shark Tank again in the form of an update.

This is dependent on your business having done well since your pitch aired. This gives you an opportunity to get in front of 8 million people again. According to Kevin O’leary businesses get another spike in traffic/ sales during the update slot, so it is worth reaching for it.

The overall goal at this point is to be attractive for an acquisition.

Some notable exits from Shark Tanks include.

When appearing on shark tank, founders Julie and Brian Whiteman secured a deal from Mark Cuban and Kevin O’leary for 80% of the licencing rights, for $150,000.

Within 15 months of appearing on Shark Tank they had sold the company to Shutterfly for a cool $14.5million.

This company didn’t have such an easy ride compared to Groovebook. After securing an offer from Mark Cuban at $500,000 for 6% equity, the founders Josh Hix and Nick Taranto decided the business had now out grown that valuation and walked away from the deal.

Later, Kevin O’leary reached out to them to offer an undisclosed deal, which they accepted. During the recap version of Shark Tank, it was clear the company was facing many challenges, they we’re having trouble facilitating orders and O’leary didn’t seem happy about it.

The tone and look of the founders seemed like they we’re over working and completely exhausted.

Their hard work and determination however seemed to pay off, when in the 9th series of Shark Tank it was announced that Plated had been Acquired for $300million. Making it the biggest Shark Tank exit thus far.

One of my favorite pitches was by a guy called James Siminoff who was pitching his then company Doorbot.

The product and concept seemed interesting to me, and I couldn’t figure out why the Sharks were giving him a hard time.

After taking a few jabs at Kevin, Siminoff left the Tank without a deal. Siminoff was eventually contacted by Richard Branson (Virgin Group) who invested in Doorbot.

Somewhere along the line, Doorbot’s name was changed to Ring, and the company had grown massively since appearing on Shark Tank.

By the 10th season Ring had become a $1billion unicorn and was acquired by Amazon for around $1billion.

This has been the biggest exit in Shark Tank history, and none of the Sharks were even involved in it.

James Siminoff is now reported to have a networth of $300million exceeding some of the Sharks that turned him away.

There doesn’t seem to be any bad blood between any of them as James Siminoff was invited back on the 10th season of Shark Tank as a guest shark.

What do these companies have in common?

That’s all from us, we hope you enjoyed reading. Not every deal has to be made in the Tank, if you would like to connect with thousands of accredited investors and grow your business, please click here.

What is Shark tank?
Shark tank is an American TV show where hopeful entrepreneurs pitch to millionaire investors. It is modelled after a British show of the same format called Dragons Den.

How much have the sharks invested in total since the beginning of the show?
The total amount invested by the sharks since season 1 is over $150milliion.

What is the average investment per pitch?
The Average amount invested per pitch is around $300,000

Who is the wealthiest Shark?
Mark Cuban is reported to be the wealthiest shark out of the 6 main sharks. There have been guest appearances by other billionaires who may be wealthier for example Richard Branson.

What is Kevin O’Leary’s net worth?
Estimated at $400million.

What is Mark Cuban’s net worth?
Estimated at $4.1billion.

What is Daymond John’s net worth?
Estimated at $250million.

What is Lori Greiner’s net worth?
Estimated at $100million.

What is Barbara Corcoran’s net worth?
Estimated at $80million.

What has been the biggest exit in Shark Tank history?
The biggest exit of the show goes to Doorbot (Ring). Although it didn’t get an investment from any of the Sharks, Doorbot turned out to be the most successful pitch on Shark tank after it was acquired by Amazon for $1billion.